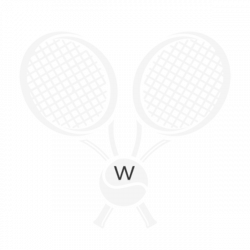 Build your very own Wimbledon Experience with On Point Events

Build your own Wimbledon Experience

If you’re looking to enhance your Wimbledon Experience, we have options available to make your experience even more memorable.

Four Seasons Park Lane: Surrounded by greenery and gardens in the heart of Mayfair, Four Seasons Hotel London at Park Lane seamlessly balances award-winning design with the city’s high notes. Take in views of Hyde Park from the glass-walled rooftop spa and lounge, savour afternoon tea, or stroll to one of three royal parks in this vibrant district that gave early rise to British art.

Kimpton Fitzroy London: Throughout this landmark building, designed in 1989, original details coexist with refurbished touches. The fresh, comfortable interior design tips a hat to the building’s past without neglecting its present. Enjoy multiple dining experiences including a unique afternoon tea paired with chocolate inspired pastries and cocktails.

DoubleTree by Hilton Hotel- London, Victoria: This property is conveniently located opposite Victoria Station and provides an immediate link to London’s public transport. Major attractions such as Buckingham Palace, the Houses of Parliament, and the London Eye are all within walking distance. And of course, with every stay, you’ll get to enjoy their warm signature cookies!

The only tickets legally allowed to be resold at Wimbledon are debenture tickets (purple section) which offer fantastic “club level” viewing at the same level of the Royal Box. These seats for Centre Court are in the 200 gangways (sections) and the first few rows of the 300 gangways (sections). Your debenture tickets are valid for the whole day’s play on Centre Court and provide full access to the unreserved seating on the outside courts of the All England Lawn Tennis Ground. Court 1 debenture tickets only provide access to sessions on Court 1 and the unreserved seating on the outside courts. Both Centre Court and Court 1 now have a retractable roof, so rain delays are thankfully a thing of the past.

All debenture tickets provide you with daily access to the debenture holder’s exclusive lounges which feature private restaurants, bars, bathrooms, and more. 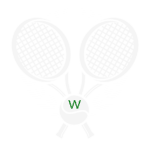 Need a customized Wimbledon experience? Speak with an On Point Experience Specialist to help you make it unforgettable

about the Wimbledon and london

The Championships, or just Wimbledon as it is more commonly known, is the oldest tennis competition in the world and arguably the most famous.

The Championships have been hosted by the All England Lawn Tennis and Croquet Club in Wimbledon, London ever since the first tournament 125 years ago, in 1877. The event has always taken place over two weeks in late June – early July.

In stark contrast to today’s sporting extravaganza, the initial year of the Championships took place with very little flourish. The All England Club had originally been called the All England Croquet Club when it opened in 1869, but as the new game of lawn tennis – a spin-off of the original indoor racquet sport known by traditionalists as ‘real tennis’ – started to gain popularity at the end of the nineteenth century, the club decided to provide tennis courts for their visitors. On April 14, 1877, the Club presented the first of a number of name changes to become the All England Croquet and Lawn Tennis Club.

This year, this prestigious tennis tournament is celebrating its 142nd birthday. From its roots as a favorite leisure-time tournament for the upper class, Wimbledon has grown to become a must-see bucket list event for any true tennis fan.

Wimbledon is Europe’s single largest annual sporting event and draws over half a million visitors a year. With five main events made up of 432 matches, the two weeks of Wimbledon are packed with edge-of-your-seat action.

A lot may have changed since the Wimbledon Championships were first introduced in 1887, but there are a number of traditions that are still observed. The mandatory strawberries and cream snack (of which it is estimated that 28,000 kilos of English strawberries and 7000 liters of cream are consumed every year), the dress code of all or almost all white, and strong ties with the Royal family to name but a few. All of which combined continue to uphold Wimbledon’s place both in British heritage and at the forefront of the tennis world.

London is the capital of England and the United Kingdom. It’s a 21st-century city with a colorful history stretching back to Roman times. At its center stands the stately Houses of Parliament, the iconic “Big Ben” clock tower, and Westminster Abbey, site of British monarch coronations. Across the Thames River, the London Eye observation wheel offers panoramic views of the South Bank cultural complex, and the whole city.

London is a diverse and bustling city with some of the world’s best sights, attractions, and activities. It is considered to be one of the world’s most important global cities and even if it has been dubbed the world’s most expensive city, it has also been named as the most powerful, desirable, influential, innovative, and even the most vegetarian friendly city in the world. London ranks 26 out of 300 major cities for economic accomplishment. It is one of the biggest financial centers and has either the fifth largest metropolitan area GDP. Measuring the number of international arrivals, it has been termed as the most visited city and has the busiest city airport system as measured by passenger traffic.

London is the leading investment destination, hosting more international retailers and high-net-worth individuals than any other city.

Start your next trip to experience Wimbledon 2021 in London today

Speak with an experience Specialist