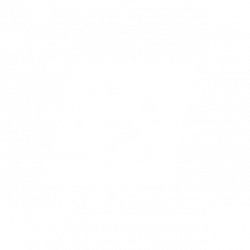 UEFA has decided to postpone the EURO 2020 tournament by one year due to the Coronavirus Covid-19 and concern for player’s safety and public health. The proposed new dates are from 11 June to 11 July 2021.

Kimpton Fitzroy London: Throughout this landmark building, designed in 1989, original details coexist with refurbished touches. The fresh, comfortable interior design tips a hat to the building’s past without neglecting its present. Enjoy multiple dining experiences including a unique afternoon tea paired with chocolate inspired pastries and cocktails.

DoubleTree by Hilton Hotel- London, Victoria: This property is conveniently located opposite Victoria Station and provides an immediate link to London’s public transport. Major attractions such as Buckingham Palace, the Houses of Parliament, and the London Eye are all within walking distance. And of course, with every stay, you’ll get to enjoy their warm signature cookies!

Seating for the UEFA Euro Cup

The seating for the UEFA Champions League Final is pre-determined by the event organizers and is generally set up according to price categories. Although all categories will provide a great match day experience, these designations can be very broad and there is no guarantee of specific seating within each category.

Please use the breakdown and descriptions below to determine your desired category of seating.

Category 3 Entry level seating to the event. Generally located behind the goal either upper or lower level

Category 1 Generally located on the sides, upper or mid-level 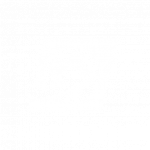 Need a customized UEFA Euro Cup experience? Speak with an On Point Experience Specialist to help you make it unforgettable

about the UEFA Euro Cup and london

The UEFA Euro Cup is the primary association football competition that determines the continental champion of Europe. The senior men’s national teams of the members of the Union of European Football Associations (UEFA) compete for the championship that has been held every four years since 1960.

The Euro Cup or the UEFA European Championship, as it’s more formally known, happens only once every four years and soccer fans in Europe and around the world always look forward to the exciting competitions.

Euro 2021 will make its mark in history as this will be the first time it will be held in 12 different countries. All 12 host cities will surely be in a celebratory mood because the tournament will be commemorating its 60th anniversary. London will be hosting both the semi-final and the championship final and people are expecting thrilling, nail-biter games. With 54 UEFA member nations contending in the qualifying rounds, the competitive atmosphere will surely be exhilarating and soccer fans all over the world will love it!

London is the capital of England and the United Kingdom. It’s a 21st-century city with a colorful history stretching back to the Roman times. At its center stands the stately Houses of Parliament, the iconic “Big Ben” clock tower, and Westminster Abbey, site of British monarch coronations. Across the Thames River, the London Eye observation wheel offers panoramic views of the South Bank cultural complex and the whole city.

London is a diverse and bustling city with some of the world’s best sights, attractions, and activities. It is considered to be one of the world’s most important global cities and even if it has been dubbed the world’s most expensive city, it has also been named as the most powerful, desirable, influential, innovative, and even the most vegetarian friendly city in the world. London ranks 26 out of 300 major cities for economic accomplishment. It is one of the biggest financial centers and has either the fifth or sixth largest metropolitan area GDP. Measuring the number of international arrivals, it has been termed as the most visited city and has the busiest city airport system as measured by passenger traffic.

London is the leading investment destination, hosting more international retailers and high net worth individuals than any other city.