Our prices as a Ticket Reseller may be higher than face value. Any and all copyrights, trademarks or trade names used are for descriptive purposes only.

Create your own Kentucky Derby Travel Package with On Point Events

Louisville’s adopted slogan, “We’ve Got It”, says it all. Because of Louisville’s rich history and exciting future, it is easily one of America’s best cities. The Kentucky Derby is famously known as the Most Exciting Two Minutes in Sports, complete with fashionably large hats, southern hospitality, derby pie, and the mint julep. The first leg of the Triple-Crown, this stakes race for three-year-old thoroughbred horses commences every year on the first Saturday in May.

Luxury Accommodations for The Kentucky Derby 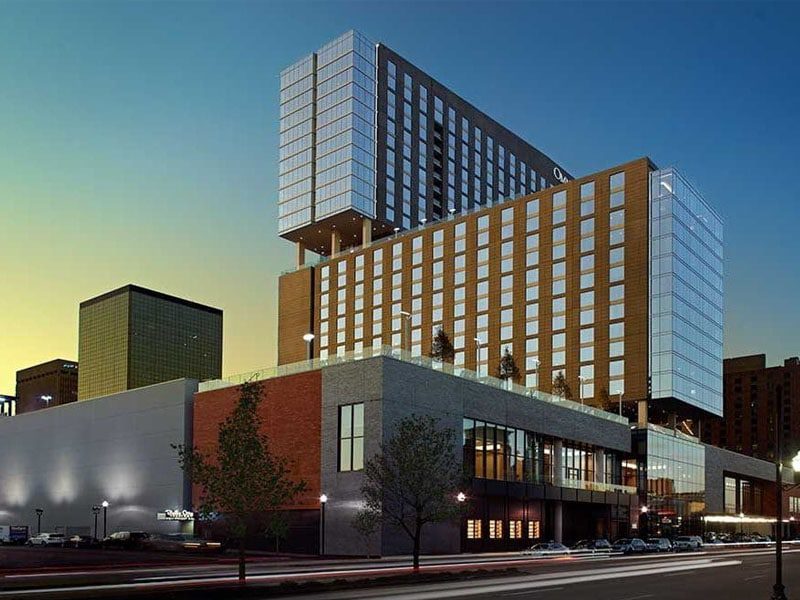 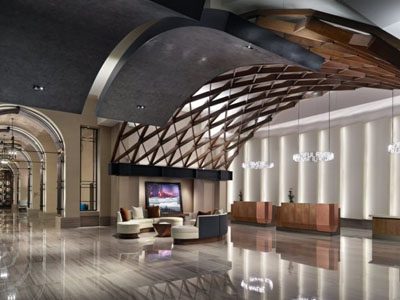 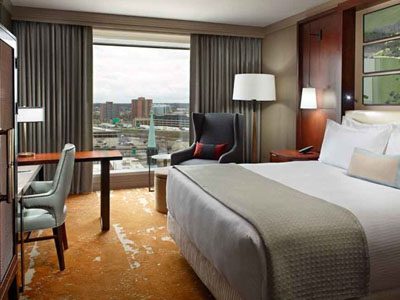 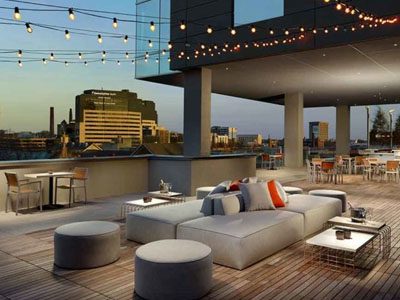 Omni Hotel: Reflecting the past, present, and future of the vibrant Kentucky town, Omni Louisville Hotel is the new cornerstone of downtown. In addition to 612 elegantly appointed guest rooms, the hotel boasts several unique dining experiences. The Water Company pool and bar is perfect for sharing cocktails with the downtown skyline as the backdrop, and Pin + Proof offers classic food and drink selections complemented by four bowling alleys. 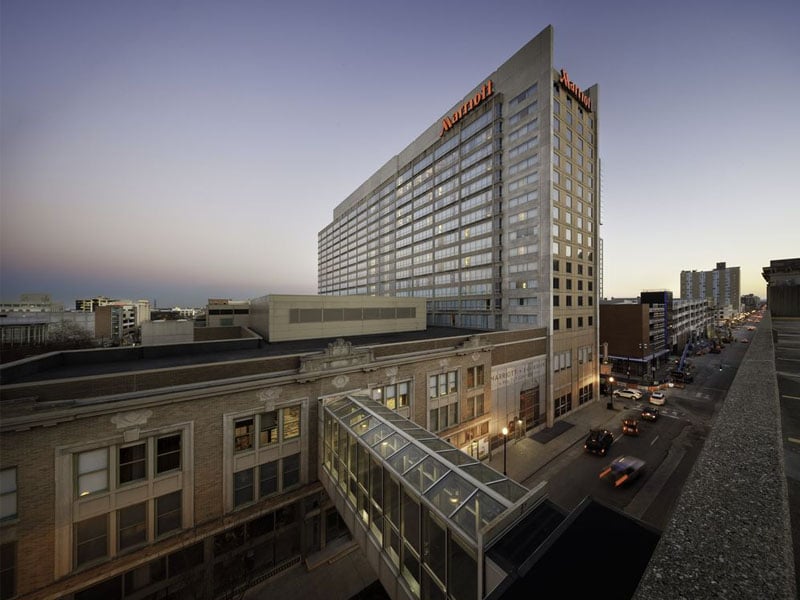 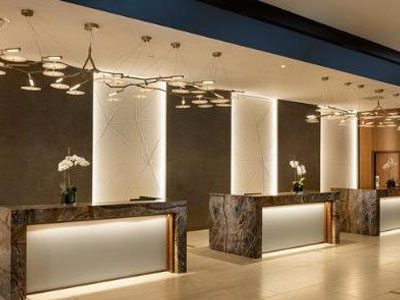 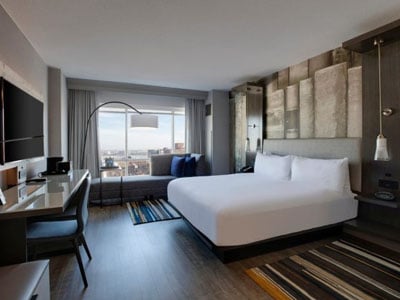 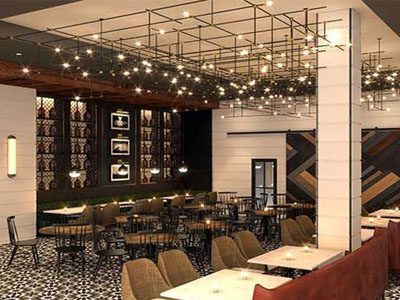 The Louisville Marriott Downtown: is the only 4 Diamond AAA hotel in downtown Louisville. This convenient location in the heart of the city is nearby many of Louisville’s main attractions, including the 4th Street Live Entertainment District. This beautiful Louisville downtown hotel is equipped with luxurious amenities and renovated guest rooms that will truly make you feel like royalty. 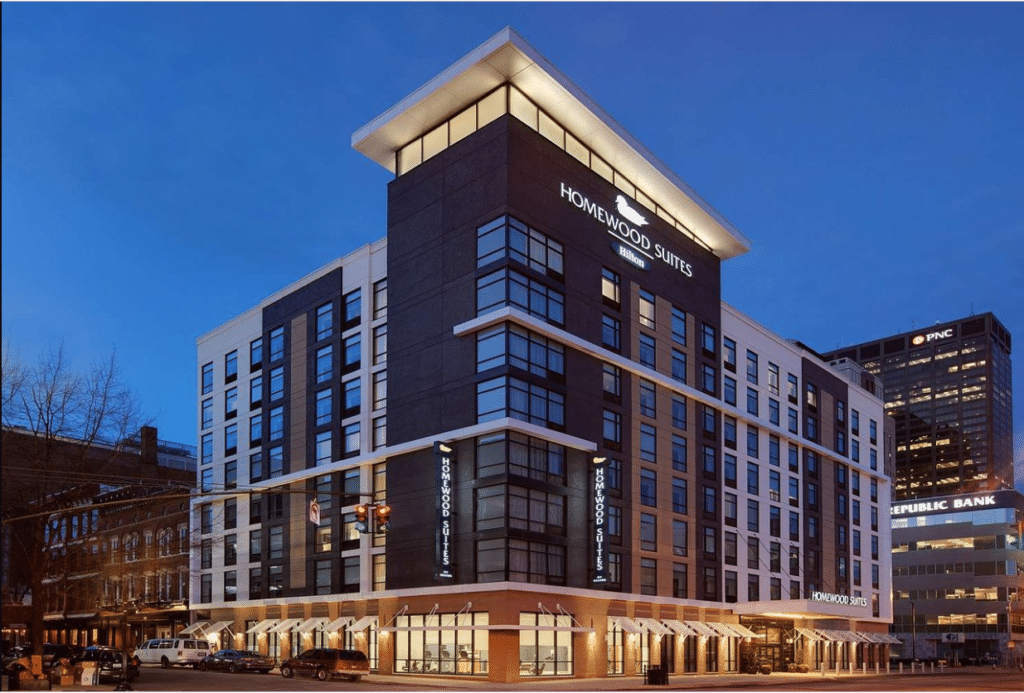 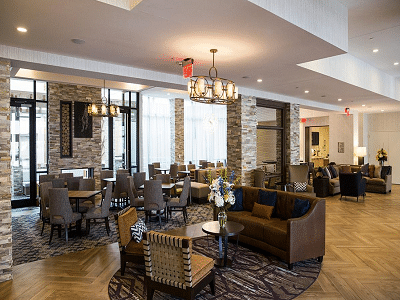 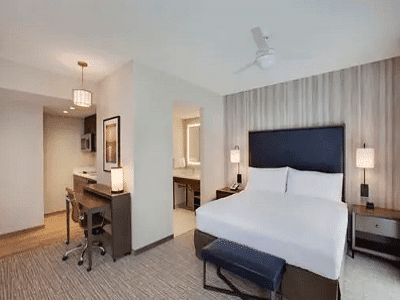 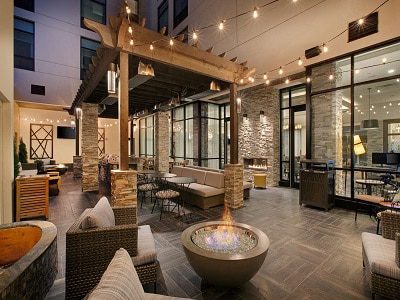 Homewood Suites: offers the comforts of your home while you explore the wonders of Downtown Louisville. The newly renovated property combines modern design with practicality. Each spacious suite comes with a fully equipped kitchen and separate living and sleeping areas. Wake up to a complimentary hot American breakfast and start your day right. 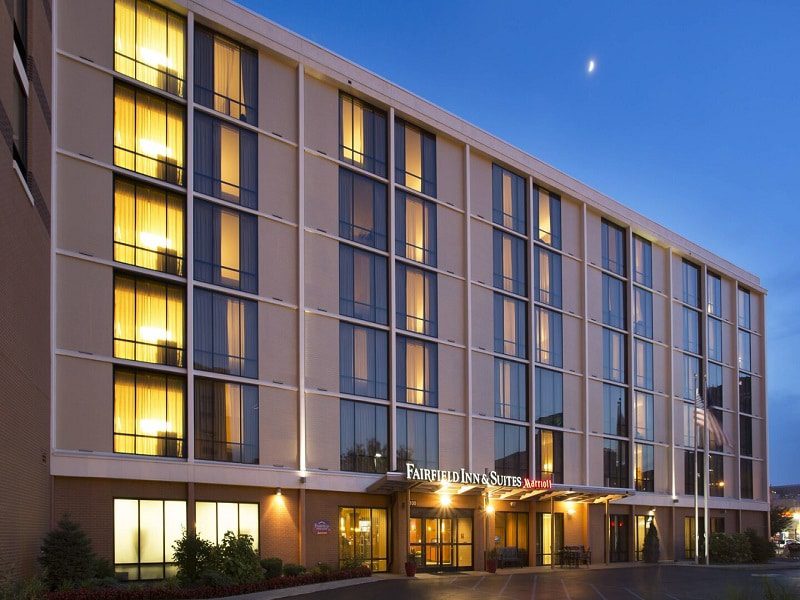 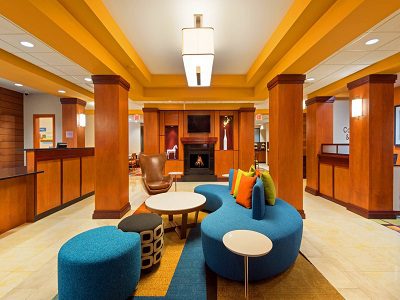 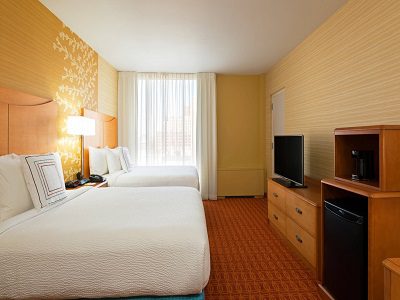 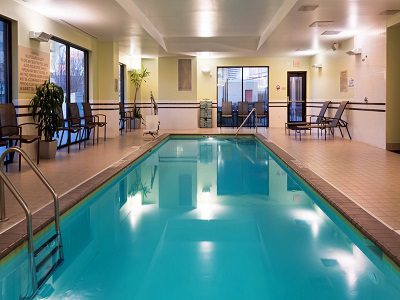 Fairfield Inn & Suites: is the epitome of comfort and convenience. Withdraw into the welcoming ambience and discover a variety of thoughtful amenities, like a hot breakfast buffet to fuel your day and a pillow top mattress to renew yourself at night.

Preferred Seating for The Kentucky Derby 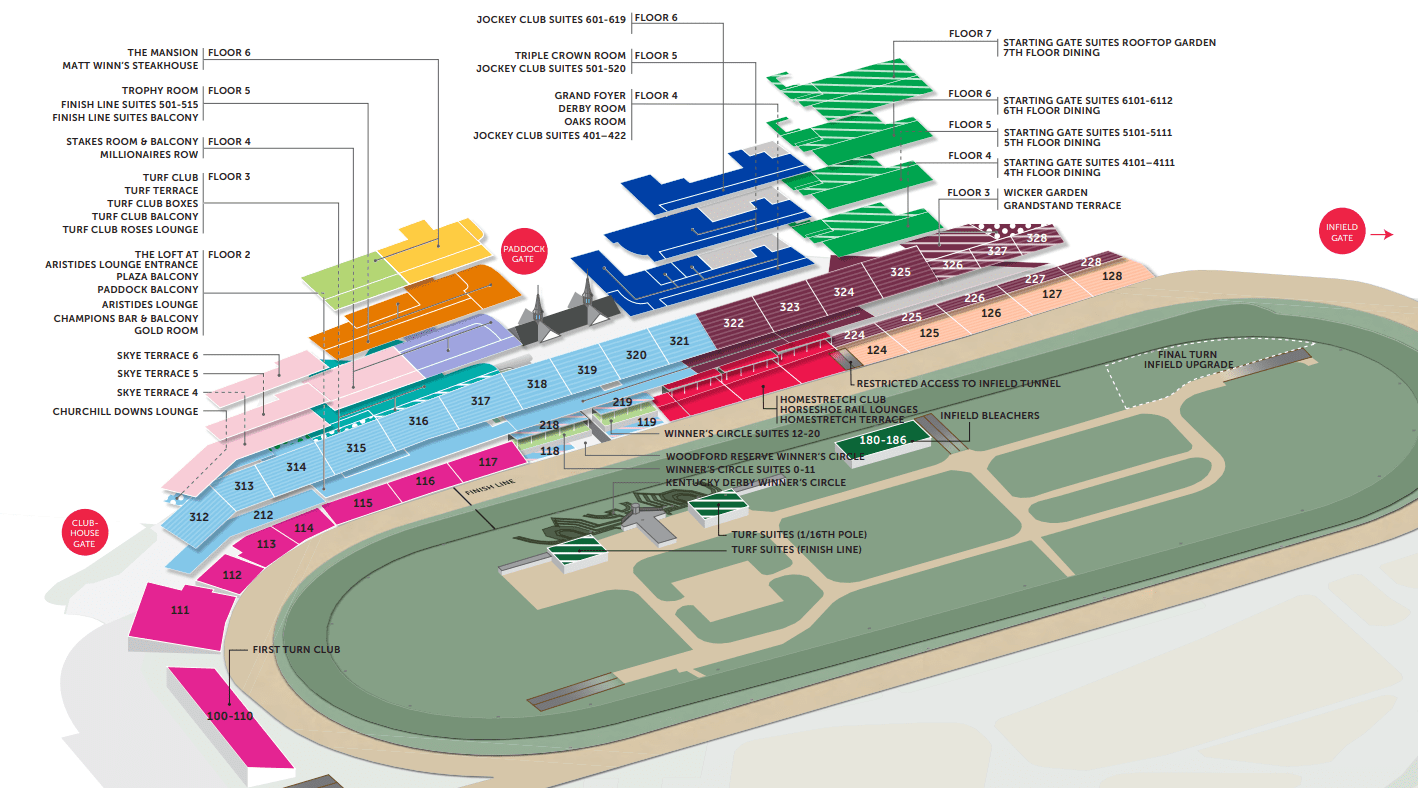 Need a customized Kentucky Derby Travel Package? Speak with an On Point Experience Specialist to help you make it unforgettable

about The Kentucky Derby and louisville

Hailed as the longest running sporting event in the U.S., the Kentucky Derby is a true icon of America. The race may only last for two minutes, but there are only a few American sporting events that can measure up to its extensive history and popularity.

This two-day, tradition-rich event that dates back to 1875 is filled with parties, tours, mint juleps, beautiful hats, and race fans belting out, “My Old Kentucky Home.” It is often referred to as “The Run for the Roses®” (because of the rose garland awarded to its winner each year) and is truly an exciting celebration of southern culture.

Organized horse racing in the State of Kentucky dates as far back as the late 1700s when several different race courses were built in and around the city of Louisville. In 1872, Col. M. Lewis Clark traveled to England to visit the Epsom Derby, a popular race that had been running annually since 1780. From there, Clark went on to Paris, France where, in 1863, a group of racing enthusiasts had created the French Jockey Club and had structured the Grand Prix de Paris, which eventually became the popular Prix de l’Arc de Triomphe.

Clark was inspired by his travels and experiences and upon his comeback, was determined to make a spectacle horse racing event in the US. With the assistance of his uncles, John & Henry Churchill, who gifted Clark the required land to build up a racetrack, and by formally arranging several local race supporters to be called the Louisville Jockey Golf club, Clark and his brand-new club raised money to build a long lasting racetrack in Louisville, Kentucky. On May 17, 1875, the racetrack opened its gates and the Louisville Jockey Golf club sponsored the 1st Kentucky Derby. Fifteen three-year-old thoroughbred horses raced a mile and a half while being cheered by an audience of around 10,000. Aristides was the first champion of the Kentucky Derby.

Over the course of three centuries, the Kentucky Derby has undergone various changes. From shortening the distance of the race and introducing traditions like draping the winning horse in a garland of roses to the growing size of Derby crowds, the Kentucky Derby has embraced the change of time while continuing to honor the integrity of the spectacle race set forth by Meriwether Lewis Clark.

Louisville is the largest town in Kentucky and has the 29th biggest population in the US. There are only two cities in Kentucky that are specified as first-class — Louisville and the state’s second largest town, Lexington. Since 2003, Louisville has become the nominal seat of Jefferson County, located in the northern area of the region on the border with Indiana.

Louisville was founded in 1778 by George Rogers Clark and was named after King Louis XVI of France. As one of the oldest cities west of the Appalachian Mountains, it is considered a historical town.

Today, the city is known as the home of the greatest heavyweight boxer of all time, Muhammad Ali, Kentucky Fried Chicken (KFC), the University of Louisville, Louisville Cardinals athletic teams, Louisville Slugger baseball bats, three Fortune 500 companies, and the “The Most Exciting Two Minutes in Sports” — the Kentucky Derby.

Visitors of Louisville can visit landmarks along the Riverwalk, a flat, roughly 7-mile waterfront promenade. Among the most popular ones are the Muhammad Ali Center, a museum the exhibits the legendary boxer’s humanitarian values and showcases of Ali memorabilia, including films of his bouts. The East Market District (aka NuLu), part of the city’s revitalized downtown, is lined with art galleries and chic cafes. In Cave Hill Cemetery, Victorian-era graves rest amid botanical gardens. Louisville is also a well-known gateway to the Bluegrass Region, popular for thoroughbred horse farms and bourbon distilleries (many of which offer tours).

Sign up to stay updated on exciting and exclusive events