The Toronto International Film Festival (TIFF, stylized as tiff.) is a publicly attended film festival held each September in Toronto, Ontario, Canada. TIFF starts the Thursday night after Labor Day and lasts for eleven days. The Toronto Film Festival is known as the most influential fall film festival due to its ability and reputation to generate Oscar buzz. Notable films to have had their world or North American premiere at Toronto include Chariots of Fire, The Big Chill, Husbands and Wives, Thirty Two Short Films About Glenn Gould, Downfall, Sideways, Crash, The King’s Speech, Moneyball, Silver Linings Playbook, Argo, and Dallas Buyers Club. 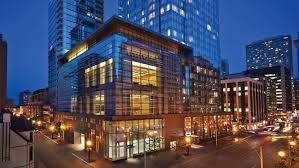 In the heart of Toronto’s exclusive Yorkville neighborhood, the city’s most strollable district. The area’s tree-lined streets and charming Victorian façades are alive with fashionable boutiques, galleries, cafés and restaurants – all just steps from Bloor Street and minutes from the downtown business district. Offering an expansive spa and full service fitness centre, guests can take advantage of the indoor lap pool and hot tub of this 5-star hotel. 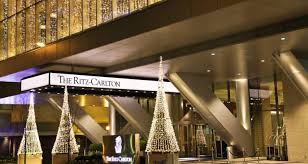 Once you have entered our doors of the Ritz Carlton Toronto, you will discover the surprising organic beauty of this modern hotel, situated in the heart of downtown. Though the city’s finest attractions lay just outside, the soothing serenity of the hotel’s main lobby, with a sleekly designed interior that is at once urbane and rustic, suggests you have escaped into a calming retreat.

Need A Unique Tailor Crafted Toronto International Film Festival Experience? Chat with On Point Experience Consultants Who are Sure to Help You Make it Unforgettable.