Travel to Rio de Janeiro for the ultimate party filled with music, dancing, and fun! Experience the luxury of Carnival as you attend the Magic Ball at Copacabana Palace, and even dance in the Samba Parade with this exclusive travel package.

Rio Carnival is the world’s biggest celebration! The festival is held before Lent every year, and it is considered the biggest carnival in the world with two million people per day in the streets. It will be five days and four nights of non-stop parties, exotic samba music, and thousands of performers in dazzling costumes! The Rio Samba Parade takes place in the 1 kilometer long Sambadrome in front of 200,000 spectators. The parade consists of more than 80,000 performers, along with elaborately decorated floats.

Preferred Seating for the Rio Carnival

Superior Accommodation for the Rio Carnival 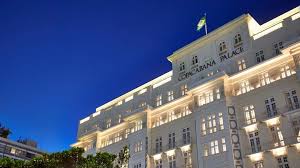 Superbly positioned overlooking Copacabana Beach, this is the best place to stay in Rio. Soak up the sun in the magnificent pool or join Brazil’s style setters at the Piano Bar. And don’t miss the hotel’s top restaurants, whether for great local dishes or fine Italian dining at the Hotel Cipriani Restaurant. 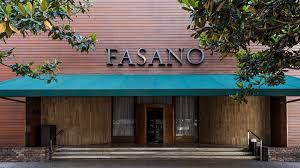 Nestled on the beach, this Rio de Janeiro hotel is within minutes of Praca General Osorio, Arpoador Beach, and Devil’s Beach. Also nearby are Girl from Ipanema Park and Leblon Beach. Spend the day relaxing on the beach or pampering yourself at Hotel Fasano full service spa.

Need A Unique Tailor Crafted Rio Carnival Experience? Chat with On Point Experience Consultants Who are Sure to Help You Make it Unforgettable.