The Golden Globe Award is an American accolade bestowed by the 93 members of the Hollywood Foreign Press Association (HFPA) recognizing excellence in film and television, both domestic and foreign. The annual formal ceremony and dinner at which the awards are presented is a major part of the film industry’s awards season. 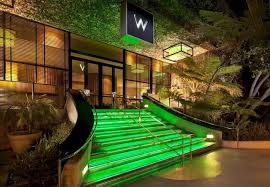 Need A Unique Tailor Crafted Golden Globe Awards Experience? Chat with On Point Experience Consultants Who are Sure to Help You Make it Unforgettable.