The Critics’ Choice Movie Awards (formerly known as the Broadcast Film Critics Association Award) is an awards show presented annually by the Broadcast Film Critics Association (BFCA) to honor the finest in cinematic achievement. Written ballots are submitted during a week-long nominating period, and the resulting nominees are announced in December. The winners chosen by subsequent voting are revealed at the annual Critics’ Choice Movie Awards ceremony in January. Additional, special awards are given out at the discretion of the BFCA Board of Directors. 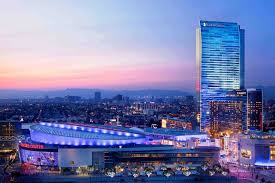 Need A Unique Tailor Crafted Critics’ Choice Movie Awards Experience? Chat with On Point Experience Consultants Who are Sure to Help You Make it Unforgettable.